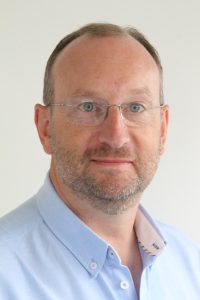 Bio
Andrew Smith is the Diocesan Director of Education for the Diocese of York. He is a qualified teacher with over 30 years’ experience in primary education and, prior to this role, was the Headteacher of a voluntary aided church school for over ten years, securing good and outstanding judgements in both Ofsted and SIAMS inspections. Andrew has worked successfully in a number of collaborative partnerships, including within Teaching Schools and with schools overseas, particularly focusing on developing effective school leadership and shared curriculum development.

Andrew currently represents the Diocese of York Educational Trust (DYET) as a corporate Member on Multi Academy Trusts and is a director of DBE Services, a consortia of several Church of England dioceses in the north of England. He is also a Trustee and Council member of the National Society, the body which oversees the work of Church Schools in England and Wales. 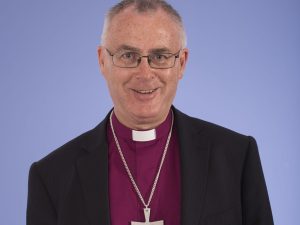 Bio
The Right Reverend Paul Ferguson has been Bishop of Whitby since 2014, providing general oversight for the Church of England in South Teesside and much of North Yorkshire.  He is the Archbishop’s Ambassador for Schools throughout the diocese.  He is Chair of York Diocesan Board of Education and the Diocese of York Educational Trust.  His previous ministry has been in Chester, at Westminster Abbey and York Minster, and as Archdeacon of Cleveland (2001-14), where his responsibilities included the resourcing of the church’s work in the diocese’s northern area.

Paul’s other interests include Scandinavian language, faith and culture.  He is a Norwegian speaker and a member of the Porvoo Panel which oversees the relationship between the Church of England and the Nordic-Baltic Lutheran churches. 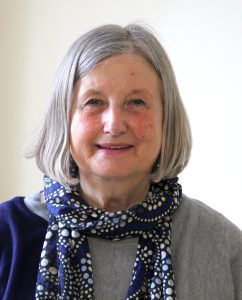 Bio
Lindy is currently a Director of the Diocese of York Educational Trust and has been a member of York Diocesan Board of Education curriculum committee. Lindy was a Foundation Governor for two rural church schools in the Diocese of York, which included overseeing the development of the Christian distinctiveness of the schools.

Lindy was a teacher with over 30 years’ experience in nursery, primary, FE and HE education, specialising in early years education. She was Head of Child Studies in an education college, leading the expansion of the childcare workforce in schools, nurseries, playgroups and out of school clubs. She delivered training for early years practitioners for two Local Authorities. 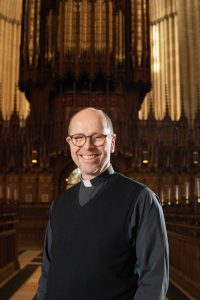 Bio
Michael has been a residentiary canon at York Minster since 2013. He has particular responsibility for pastoral care. Since January 2022 he has also been Acting Dean. He has been a school governor many times in his ministry as a parish priest and has been on the governing committee of Archbishop Holgate’s School here in York since 2014.

Come and say “hello” to the wonderful Laura who is looking after our stand at the #YorkJobsFair today 👋 ⏰ 10am - 2pm 📍 York Railway Institute, 22 Queen Street, YO24 1AD Find out about the range of opportunities available with Hope Sentamu Learning Trust #APlaceToThrive pic.twitter.com/kYhDn39E3a

Hope Sentamu Learning Trust shares the nation's grief upon the sad news of the passing of Her Majesty Queen Elizabeth. pic.twitter.com/HNOwJrDhF0