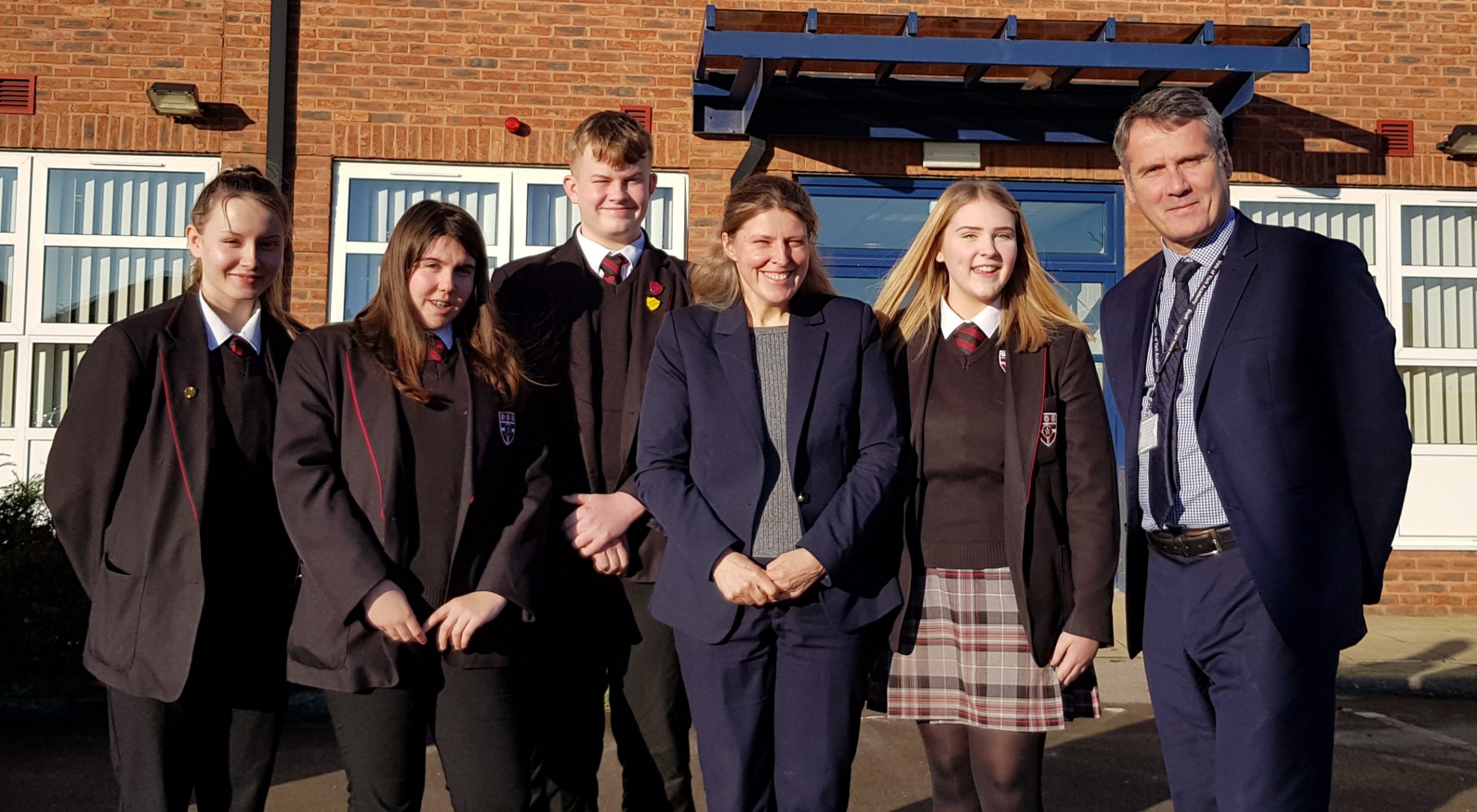 Rachael Maskell MP enjoyed visits to two schools within the Hope Sentamu Learning Trust earlier this month to witness the positive changes within the schools.

Hope schools, Vale of York Academy and Burton Green Primary School, located in Clifton, York, secured ‘Good’ Ofsted judgements in 2019, providing evidence of the Trust’s ability to improve the standard of education for the young people in the City. Vale of York secured this result just four years after Canon Lee (Vale of York’s predecessor) was placed in special measures.

Rachael was welcomed to Vale of York Academy by Trust staff and Principal, Toby Eastaugh, before joining the School Council in the Library for ‘MP’s Question Time’. Each student asked Rachael a question about something they felt strongly about, including environmental issues, mental health, housing, the NHS and giving 16-17 year olds the vote.

Rachael also visited Burton Green Primary School, where she was welcomed by the children and Headteacher, Ash Atherton.

In a whole school assembly Rachael asked the children what they care most about. The children’s responses were wide-ranging, including: the Australian bushfires; the situation between the USA and Iran; knife crime; and environment issues.

Pupils learned that an MP’s role is to help make the country a better place, by protecting the environment and making sure there are jobs for people and houses for families to live in, in a world where no one goes hungry. One pupil even asked how the MPs solve their disagreements when they are in Parliament.

Commenting on the visits, Rachael Maskell said: “It was inspirational to witness the change at both Burton Green Primary School and Vale of York Academy. Hope Sentamu Learning Trust has proved that when you are focused on achieving the best outcomes for young people, it is possible for everyone to access a good education.”

“Burton Green is very much a community school. The team have clearly worked hard to create a really good learning environment for the children and opened its doors to parents. The care that has been taken is testimony to the dedication of the Headteacher, Mrs Atherton and the staff at the school. It was a real pleasure to speak with the children in the assembly and hear about the issues that they care about.”

“The students at Vale of York Academy asked very challenging questions about York, the country and the environment and it was heartening to talk to so many engaged young people. With the school turning itself around to achieve a ‘good’ Ofsted rating there is real cause to celebrate the whole school community for working to make this possible.”

“I wish both schools well as they continue on their journeys of creating good places to learn for the young people of Clifton, York and beyond.”

CEO of Hope Sentamu Learning Trust, Brian Crosby, accompanied Rachael on her visits. He said “We were delighted to welcome Rachael to two of our schools. She saw the changes we have made to the physical schools, but more importantly we wanted her to see the positive difference Hope is making to young people’s lives.”

“During a tour of Burton Green Primary, Rachael commented on the homeliness of the school and the calm learning environment that the staff have created for the pupils, which is something we are very proud of. At Vale of York, Rachael encouraged the students to get involved with politics and use their voice to fight for what they believe in. In turn the students gained an understanding about local and national politics and current affairs.”

Rachael is keen to develop a dialogue with school leaders across the City, with the aim of supporting schools to provide the best possible education for the children and young people in York. Rachael gave every credit to the education sector in York, commenting that the outcomes for the City’s children were exceptional, despite the funding limitations. 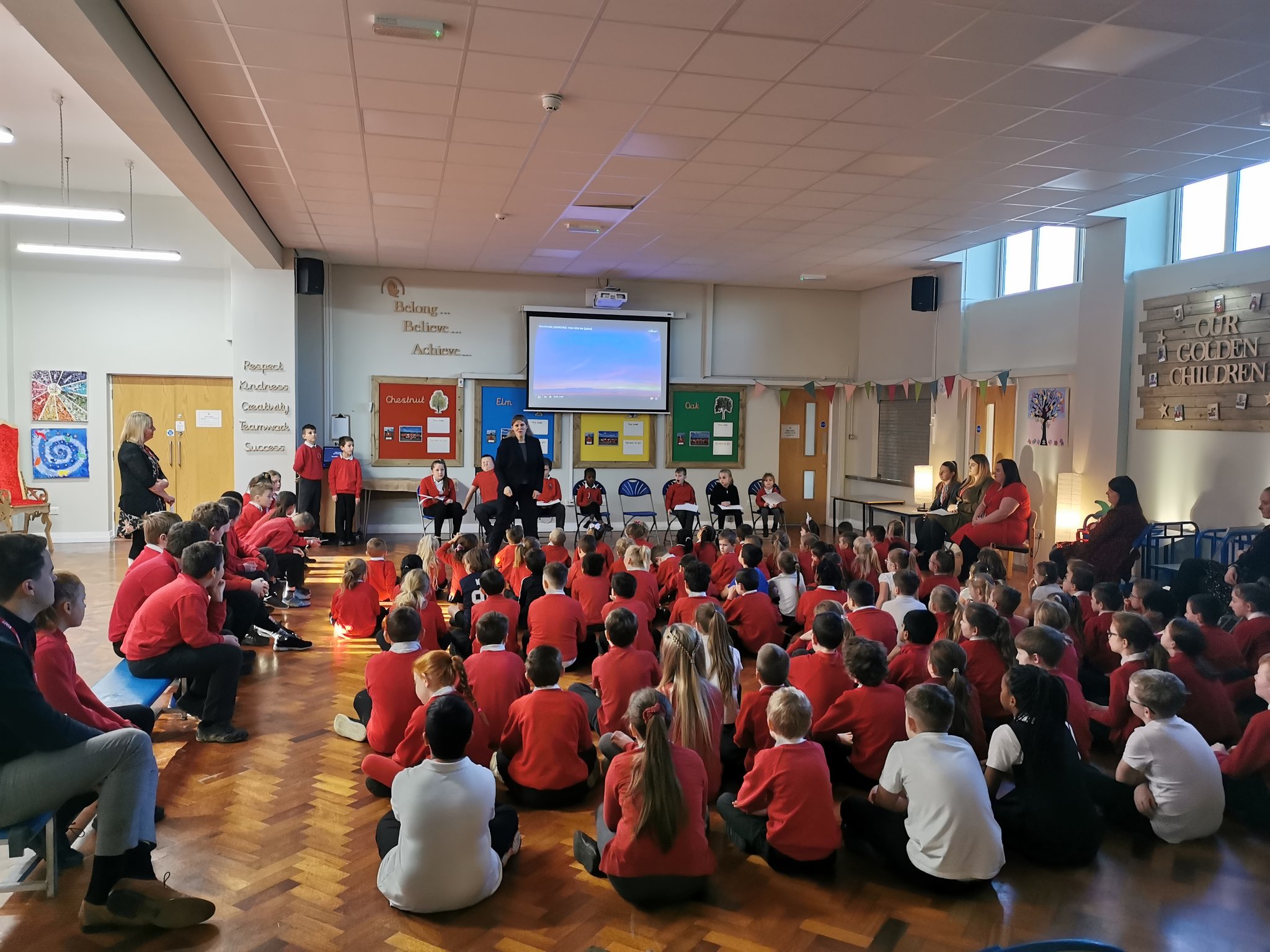