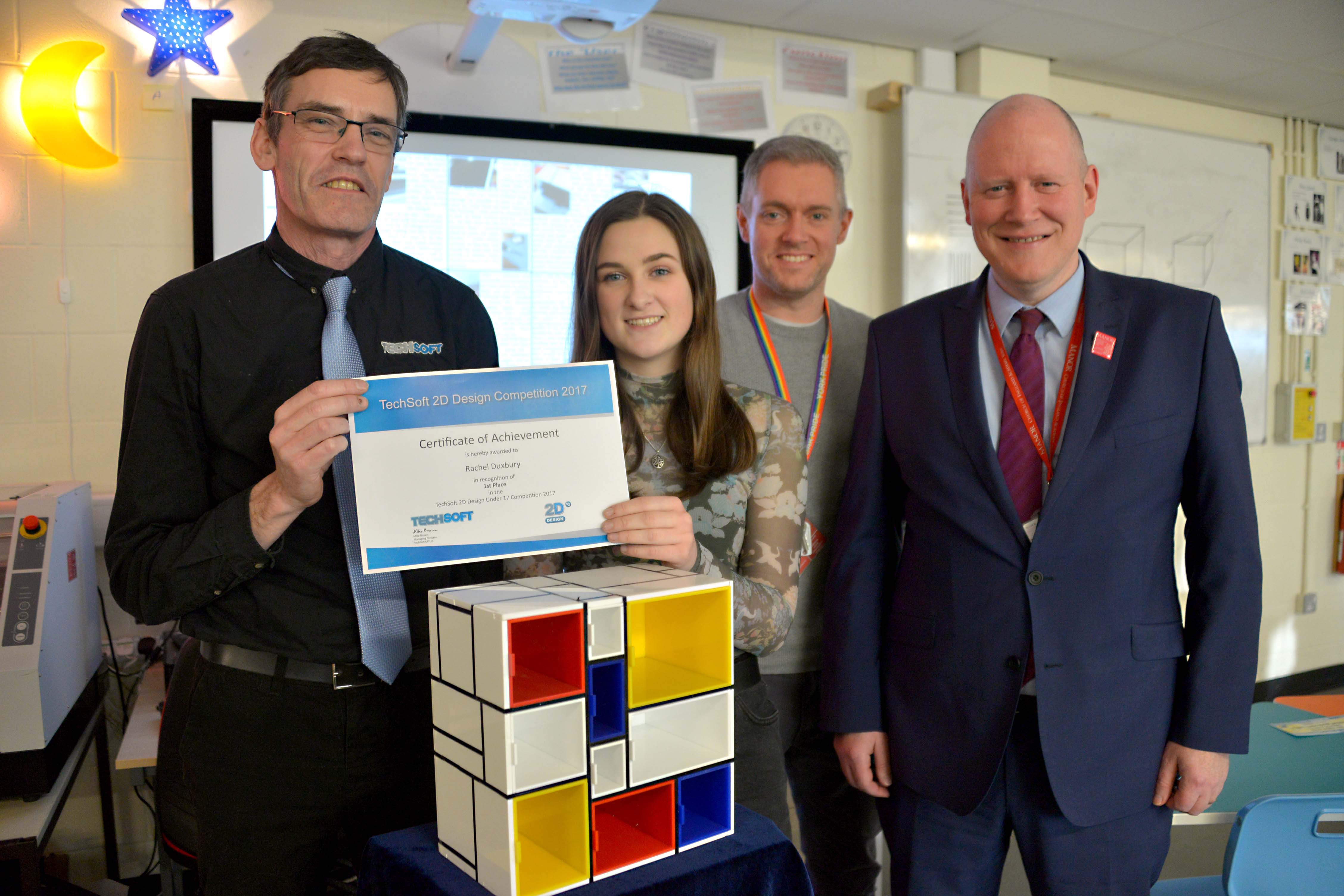 Rachel is now studying A Levels and hopes to go on to University. She says “I was really pleased when I heard I’d won the Techsoft competition! At school, I used the TechSoft LaserCAM to make my storage unit for storing small household objects, which I’d designed using the 2D design software. It was great to have the opportunity to see a project right through from initial idea to finished product.”

Rich Cooper, Director of Learning for Art & Design Technology at Manor adds “To enter the competition, Rachel had to produce an information sheet summarising her final coursework, explain how she had used the Techsoft software and provide photographs of the finished product, which was of an excellent standard. Throughout the GCSE course, she became highly proficient in the use of Techsoft.

“Rachel fully deserves this recognition. She achieved an A* for the coursework element of her GCSE, for which she won the prize, and a grade A in her GCSE overall. We’re all very proud of her!”

Techsoft provide CAD and CAM software to a number of educational institutions across the country including Manor CE Academy. They also provide training, support and ideas to the school.