Year 8 students Ben McBride and Alexander Savkovic did Manor CE Academy proud this week as they competed against seven other York schools at the York Civic Trust’s Public Speaking Competition… and came out as winners!

The event, which was held at King’s Manor, was attended by the civic party, trust members, school representatives and the speakers’ family and friends.

York Civic Trust’s Education Committee believes schoolchildren can enjoy and learn from public speaking – especially on a York theme. They have therefore organised public speaking competitions for both primary and secondary school pupils in York, on heritage topics, since 2012.

The boys did an amazing job, speaking confidently and persuasively – well done!

You can read the full York Press article about the competition here. 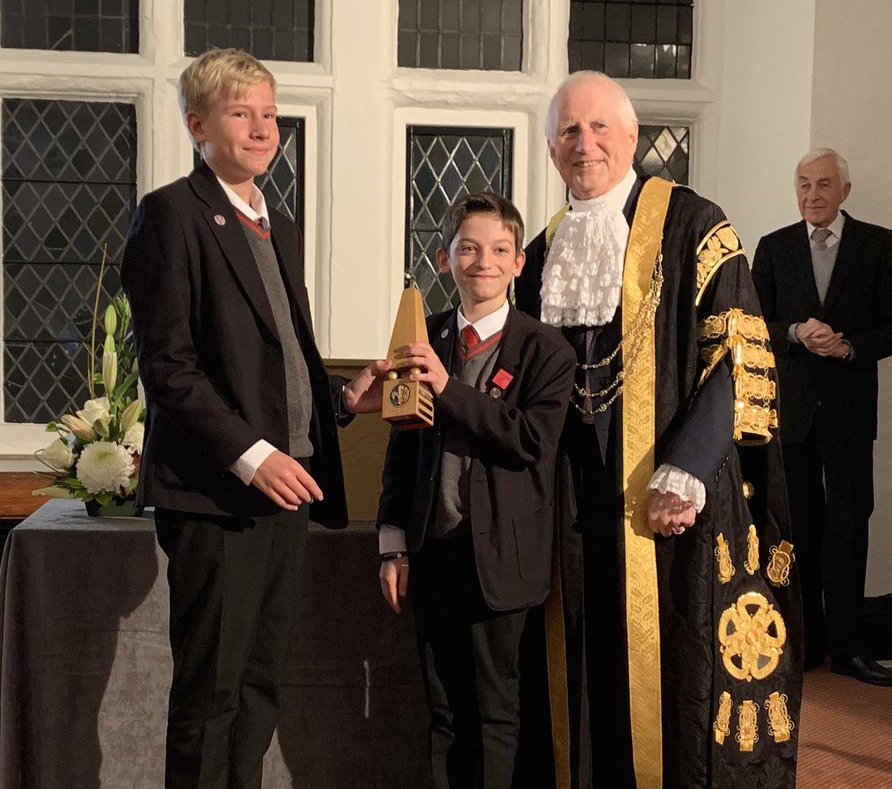