Matthew Keedy, Teacher of Science at Archbishop Sentamu Academy recounts how he has changed his teaching practice multiple times as an early career teacher. He has adapted his practice based on research, watching other lessons, and receiving feedback on his lessons. However, the largest change to his teaching practice came about when he adopted Cornell Notes as his main method of pupil note taking. 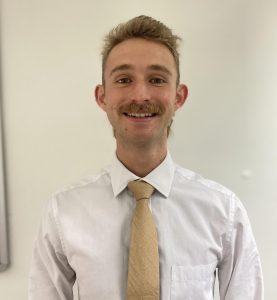 Matthew says: “This was largely due to pupils having an increased responsibility for their note taking and presentation of their books; they should be something that pupils can be proud of to present for themselves and to others. With this, I have noticed increased pupil participation in my lessons, stemming from pupils knowing that they have high quality notes in their books that pupils can use when it comes to applying their knowledge to a task.

“Using Cornell Notes works well for the explicit teaching of key concepts in science. As a classroom teacher, I can ensure that pupils have key information in their books that is fundamental to a particular concept. Pupils can use their books as an effective support tool, where they would have previously asked their teacher or used a textbook, for tasks where they apply their knowledge. At early points in my teaching career, I felt that pupils often did not engage with tasks that were set during lesson time. On reflection, I feel as if this arose due to pupils not being equipped with the knowledge that they needed to fully engage with a task which I have developed using this note taking system.

“When using Cornell Notes, I explicitly model my expectations of the pupils’ book presentation and how they are to engage with this using my visualiser.  Doing this increases pupil responsibility for their notes and subsequently seems to improve pupils’ participation. This comes as pupils are clearly aware of where they are to look for the information that they need to complete the tasks.  Whilst I feel that pupils are effectively using Cornell Notes at this moment in time, this was not initially the case. After starting to utilise Cornell Notes at the start of the last Spring term, I found that initially pupils met this idea quite negatively. There were very few other teachers in the school using this approach to note taking, so pupils saw it as something that would come to pass. Throughout the remainder of the year, when this routine was established, pupils were able to work confidently and independently using the notes that they had constructed over time. This showed that when pupils were able to see the benefits of this method of note taking, they were more engaged with the note taking process.

“On the return to school for this academic year, this approach has been adopted by the entire science department resulting in a much-improved initial attitude from pupils. Through this consistent approach with all science teachers, pupils can enter a lesson in a calm and orderly fashion and start the lesson with a set routine. With the shorter lesson time at Archie this year, having pupils understand what is expected of them is vital to saving time and streamlining the transitions between activities.

“Over the course of this year, I am looking forward to seeing how the use of Cornell Notes develops throughout the school and across different year groups. As we move towards pupil exercise books being the most effective revision tools, Cornell Notes can largely help improve pupil engagement as our pupils work to raise their independence and participation in lessons.”