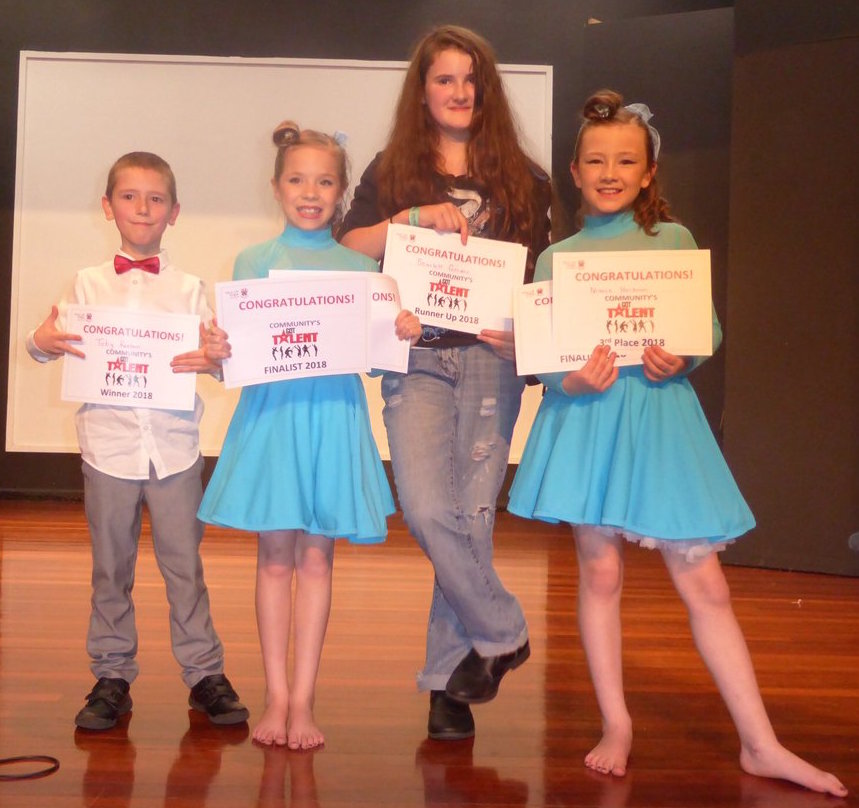 A talent extravaganza held last week at a York secondary school has certainly proved that the school’s community has most definitely got talent.

Vale of York Academy’s Community’s Got Talent (CGT) brought together children from Burton Green, Clifton Green, Clifton With Rawcliffe and Lakeside Primary Schools in a spectacular evening of performance. Watched by an audience of over 200 people including family, friends, teachers and community partners, the children sang, danced, played, acted and performed in pursuit of being crowned the overall CGT winner.

Prior to the event, auditions supervised by Vale of York Academy staff and its Year 10 Creative Arts Leaders, were held at each primary school. From the 150 children who auditioned, 18 acts were selected to go through to the grand final which was held on Friday 16 March.

On the evening, the acts were judged by Vale of York Academy’s Head of Drama, Bex Nicholson and guest judges Beth Cookson from The Rock of York and Ashley Jones from Door 84.

The overall winner was Toby from Burton Green Primary who composed and performed his own piece of music on the keyboard. Toby is self-taught and only started to play in October 2017 when he bought a book to teach himself. Second place went to Clifton Green Primary pupil, Scarlett, on guitar and vocal. Scarlett dedicated her version of Bowie’s Starman to the late Stephen Hawkins.  Clifton Green also snapped up third place with a high-energy dance routine from Annie and Nicole.

CGT came about as Rob Orr, Community Coordinator at Vale of York Academy, visited young people in schools and was constantly being surprised and impressed by the amount of talent and potential. He explains: “When I visit our feeder schools or look at the primary schools’ social media accounts, I’m amazed by how much talent there is on our doorstep. So, I thought ‘Why not showcase it and give these kids some recognition?’

“The children have been incredible, and so brave! We want to encourage as many children as possible to do what they love, give it a try and have some fun. There was such a wonderful atmosphere, with a real community feel to the evening. Every act was professional in their approach and performance, the audience were magnificent, and we can’t wait until CGT 2019!

“Although the evening was free to attend, all donations and the raffle proceeds were given to our partner school within the Hope Sentamu Learning Trust York, Burton Green Primary as they are currently raising money to buy a defibrillator.”