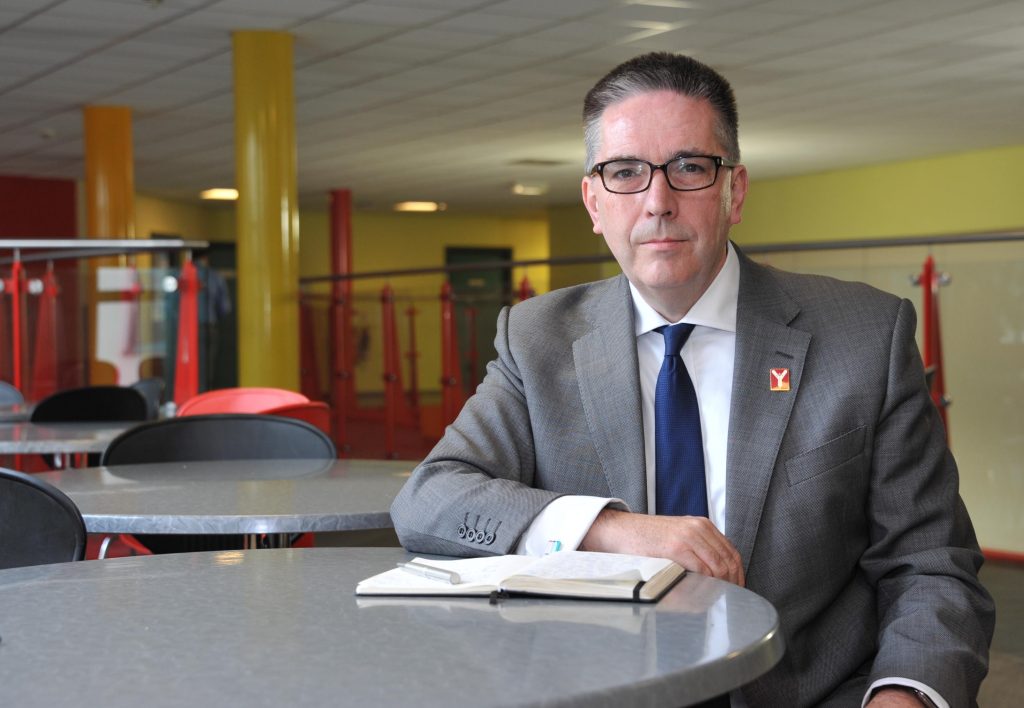 The leader and founder of the Hope Sentamu Learning Trust is to retire next year after dedicating his 40-year career to the teaching profession.

Brian Crosby will step down from his role as Chief Executive Officer in August 2020.

Brian has led the Trust since its inception in 2015 and under his leadership, Hope has grown from just two schools, Manor CE Academy and Poppleton Ousebank Primary School, to a family of ten schools across York, Selby and Scarborough.

Previously, Brian was headteacher at Manor CE Academy, formerly Manor School, for fifteen years, where he saw the school progress and grow from 640 students in 2001 to the current 1100. During his time at Manor, Brian headed up a bid to secure a new build for Manor to enable them to enhance their art facilities and increase the numbers of students. He was successful in his bid in 2007, seeing the first new secondary build in the city since the mid 1960s.

Another first under Brian’s leadership in 2007 was the award of an ‘Outstanding’ Ofsted judgement, the first for a secondary school in the city, a judgement which still stands 12 years later.

In 2011, alongside Richard Ludlow, Chief Executive Officer of the Ebor Academy Trust and colleagues at Robert Wilkinson Primary School, Brian set up the Ebor Teaching Schools Alliance. This was the first in the city and in the first hundred in the UK.

In 2012 Manor School became an academy, under Brian’s leadership, enabling the school to set its own journey.

Brian began his teacher training at the College of Ripon & York St John in 1977, completing his degree in 1981. He says “I trained as a teacher of Biology at the Croft site in Heworth. There wasn’t even a computer in the department at the time! When I left college, I worked for a local church as a youth worker for two years, before trying to get a job in York. In 1983, unemployment had risen to three million and teaching jobs were difficult to obtain. I wanted to stay in York so I was a supply teacher in eight different secondary modern schools throughout the city, one of which was Manor.

“In 1984 I obtained my first full-time teaching position at Selby High School. Over the next nine years I learnt the craft of teaching as a science teacher and then as a Head of Year, a position I loved as I began to get involved in the lives of many young people, some of whom were experiencing difficulties. I still have in my office a photo of my year group from back in 1990.”

During his time at Selby, Brian became an associate science advisor for North Yorkshire and worked with NYBEP on various county-wide projects. He went on to be Head of Science at Archbishop Holgate’s School in York, where he simultaneously took on the roles of Head of Year 11 and associate member of the SLT. Faced with poor behaviour and low student numbers, Brian’s time at the school was challenging, yet in his words ‘invigorating’. The school transformed during his time there as he worked alongside head, John Harris, eventually seeing results soaring and the school’s reputation climbing.

Other highlights of Brian’s career include: in 2000, gaining his National Professional Qualification for Headship; becoming a National Leader of Education (NLE) in 2009, helping schools as far away as West Cumbria to transform; working with the Archbishop of York’s Youth Trust to set up the Archbishop of York’s Youth Award, which now reaches tens of thousands of young people across the country; developing a training programme for Church School Leaders with Notre Dame High School in Sheffield; and working with Margaret Sentamu on a number of projects.

Brian says “The real joy has been working with the thousands of young people and their families who passed through Manor CE Academy. I bump into them every day and overwhelmingly they are living great lives and making a difference. One the true pleasures for me is to see the large number of former Manor students who have taken up teaching as their profession.

“I am passionate about providing opportunities for young people to thrive and flourish and consider myself blessed to have had such an amazing opportunity to be involved in the lives of so many students and their families.”

Hope Sentamu Learning Trust is currently recruiting for Brian’s successor to join them as Chief Executive Officer next year.