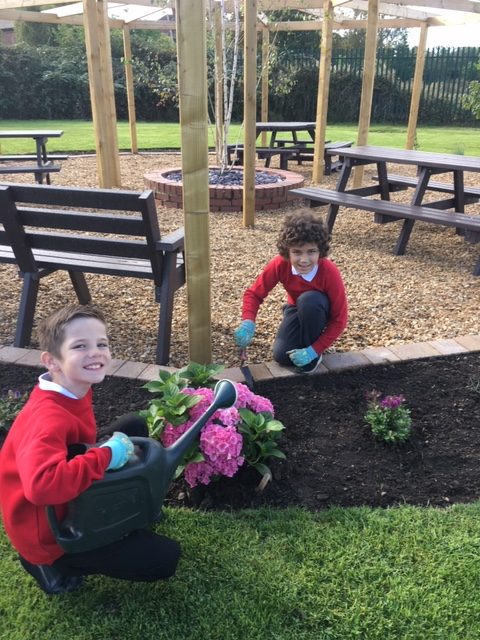 A new community garden has opened at a York primary school, despite a number of delays due to the Covid-19 pandemic.

The community garden project at Burton Green Primary School in Clifton, which was partly funded through a grant from the Clifton Ward, provides a peaceful, natural space for pupils, parents and staff. Members of the Clifton Residents Association worked with the school to help them submit a grant application to the Ward on the school’s behalf.

The community garden, which has been planted and tended by some of the children at Burton Green, has already been used extensively by staff, parents and pupils. Headteacher at the school, Mrs Atherton said:

“We’re so pleased with the end result and are hugely grateful to the Clifton Residents’ Association and the Clifton Ward, without whom we couldn’t have completed the project. Our pupils and parents love the garden! Staff have used the space to meet with parents in a relaxed environment, parents use the garden while waiting to collect their children at the end of the day and it is also used as an area where we can display any items that can be taken by parents for example food boxes, clothing, books and lost property.”

The work was delayed slightly due to Covid 19, but the groundworks were finally completed during the summer holidays by York Gardens Ltd and Site Manager, Merv Bradish, also contributed to the work done. A pergola has now been erected and the garden planted with shrubs and bulbs.

The school were unable to hold a large-scale grand opening of the community garden, due to the current situation, but they did welcome Clifton Councillors Danny Myers and Margaret Wells and two members of the Clifton Residents’ Association, Jennifer Carter-Shaw and Marjorie Sharp, to a small, socially-distanced gathering.

Cllr Danny Myers said “The community garden at Burton Green looks great and is a superb addition to the school. It creates a welcoming atmosphere at the entrance to the school and a pleasant space to meet with each other and enjoy the outdoors.”

Cllr Margaret Wells added “It’s always lovely visiting Burton Green. Following on from the school’s library that was opened last year, we’re keen to continue working closely with the school to target ward funding at our children and young people in Clifton.”

In the future, the school hopes to grow vegetables in the garden and use the space for community events such as fayres and parent workshops.

Jennifer Carter-Shaw of the Clifton Residents’ Association is looking forward to using the garden. She said: “I was so impressed with what had been achieved, and the difference the community garden has made to the ambiance of the school. It is a very welcoming space to be enjoyed by everyone, I hope to make use of it next summer.” 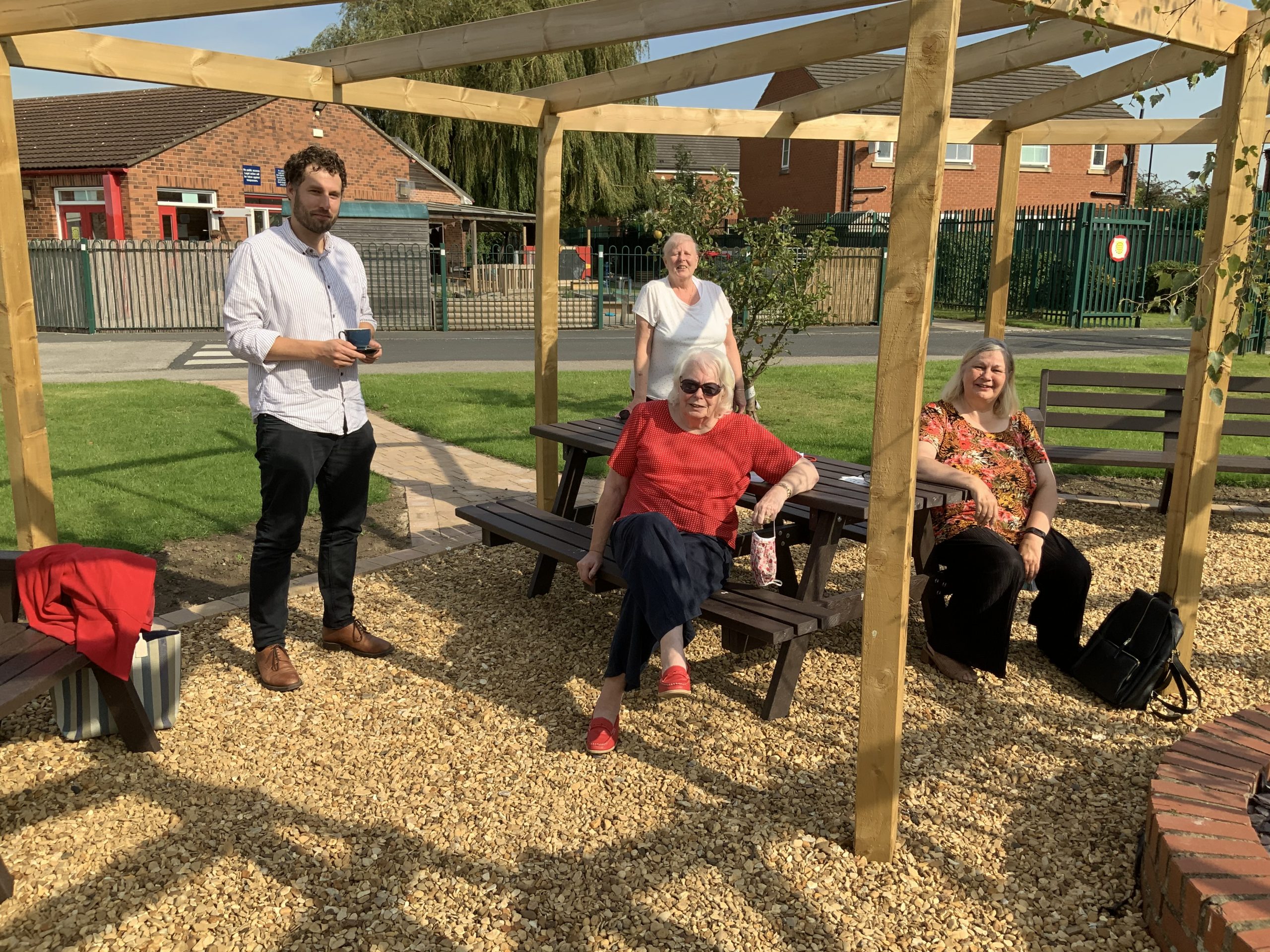 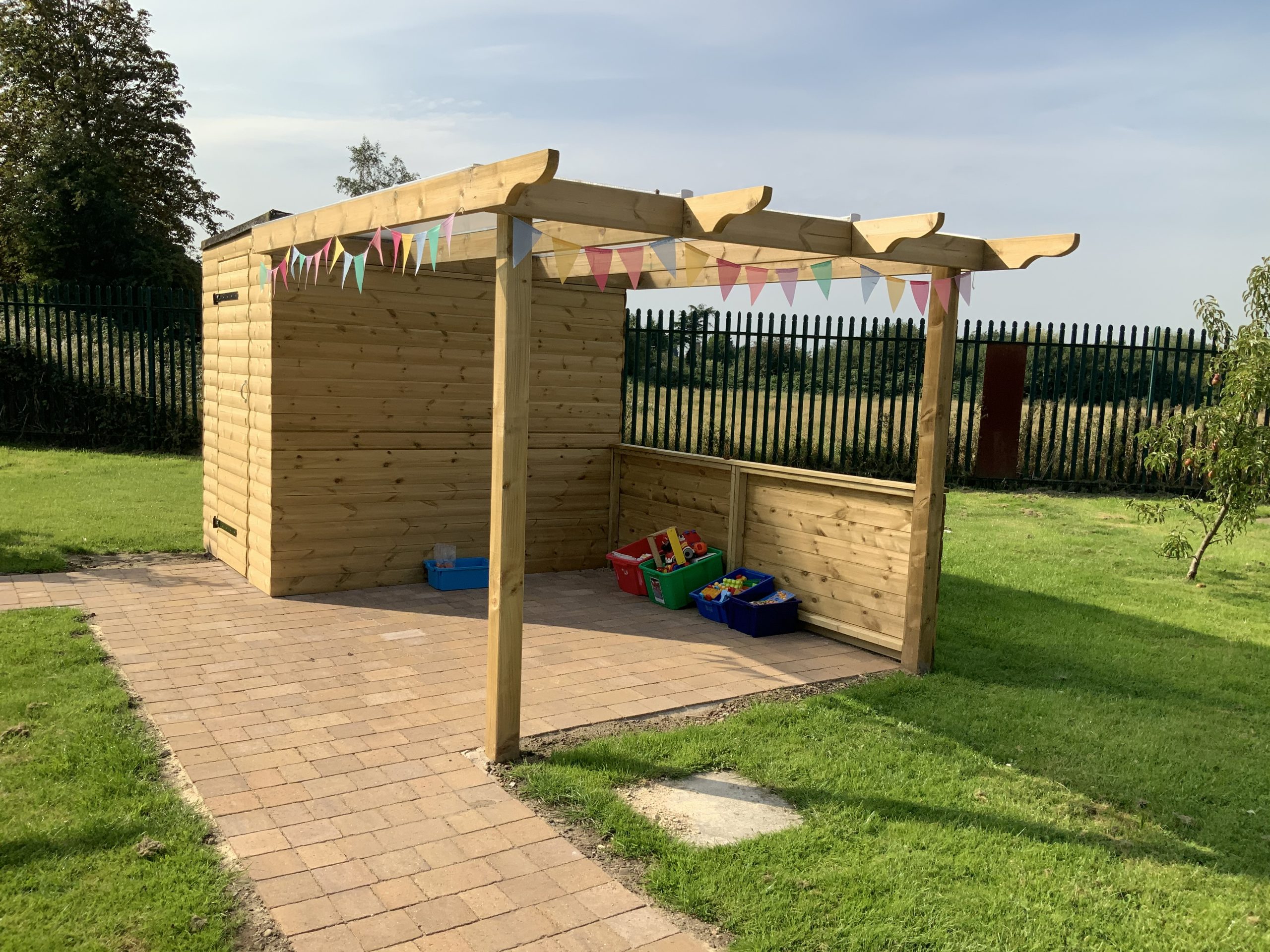 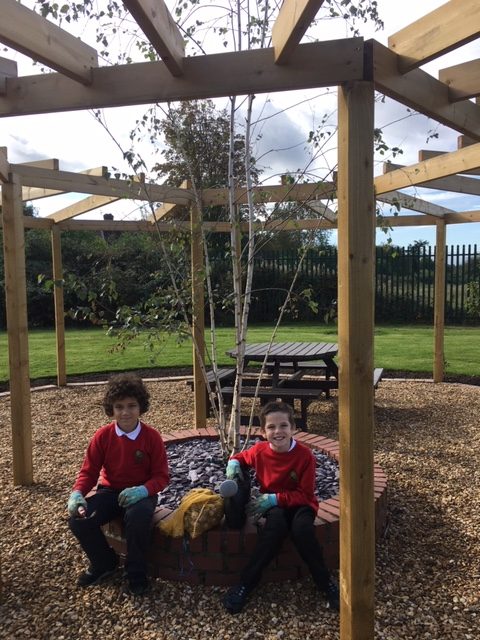